I once read a book on conservation that touted, “look how much water you can save if you don’t leave the tap water running when you brush your teeth!” That was the day I learned a gruesome fact: there are people who for some reason let the water running.

I may have lost a sock before, but I wouldn’t know it. How do other people know when this happens? Do they regularly count their socks?

People give an answer about “matching pairs.” I don’t know what a matching pair is. There’s no such thing as a right sock and a left sock. All of my socks are exactly the same.

3. Entertaining yourself while on the toilet 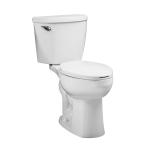 I always hear jokes on the Internet: “I wrote this while taking a shit.” Apparently a lot of people are desperate for entertainment while on the toilet. How the hell do people have time to do that? I don’t know about you, but I’m busy wiping my ass during that time. Not at the beginning sure, but that part only lasts a tiny amount of time. Do people not have the patience of 10 seconds?

4. Accidentally sitting on your balls

Yeah, that’s not how the male anatomy works. Millions of years of evolution have already solved this problem. It’s a non issue. I’ve never “sat on my balls.”

5. Having a crazy racist uncle who argues politics at thanksgiving

Apparently my Thanksgivings were supposed to have one of these. I guess I’ve been missing out; I’d like a crazy uncle.

I notice that most people who propagate this meme are from Hollywood, presumably because Thanksgiving is the only time they meet people of different political persuasion.

6. Having a nightmare where you go to school naked

What a plebeian nightmare

It seems like everyone is depressed these days. I’m not depressed, I just kinda exist.

Don’t get me wrong, guys! I’ve kissed a girl before. But it wasn’t the stereotypical romantic high school “first kiss.” I wonder how common that actually is.

Do annoying coffee drinkers know they are? I’m not trying to be condescending. I’m just wondering if they know.

There’s a whole annoying culture of people who get off to making themselves feel unique for their super-mainstream drug habit.

The worst are those who blame their shitty behavior on, “I haven’t even had my coffee yet – don’t talk to me!” I’m tempted to respond, “I haven’t either, only difference is I haven’t conditioned my body to depend on an external stimulant.”

10. Getting annoyed by the figurate use of the word literally

My biggest pet peeve is people who complain about the supposed misuse of the word “literally.”

“But he said literally when he meant figuratively!”

No, you’re wrong here. Every word in the English language can be used in in a figurative manner. The word “literally” is no exception.

A common strawman of the figurative “literally” is that it is just the natural evolution of language. That’s wrong. the definition of “literally” has not changed. It is just being used in a figurative manner (which is very different than it being used to mean figuratively).

Instead defend it on the basis that it’s being used in the same function as “truly.” That is, used figuratively, but not to mean figuratively; the sentence is hyperbolic.

Sorry, I told you this was a pet peeve.

11. Being surprised that YouTube is more than cat videos

I don’t think that YouTube was ever cat videos. People just assumed it was, and when they find otherwise, they perceive it as an exception or change rather than admitting they were wrong.

I don’t mean not remembering 9/11. Here’s what I can’t relate to: being surprised that there are people who can’t remember 9/11.

“People born the day of 9/11 will be old enough to smoke this year! Feel old yet?”

I view 9/11 like the Vietnam war: something from the textbooks. Does that disturb you? I have bad news: people like me are becoming the norm. It’s only dinosaurs who think that 2001 is “recent.”

This is a weird one. Why would MTV play music videos? MTV is known for shitty reality shows. I did some digging. It turns out, this complaint is a quirk of history. A generation ago, the channel actually used to play music videos. This is surprising, but MTV stands for “music television.” That’s your fun fact for the day.

14. Making excuses why I can’t go to social events I want to avoid

I don’t get invited to more social events than I’m willing to attend, which is weird, because I’m really fun at parties.

I don’t do this. It’s not some bold statement like “boys don’t cry” or such nonsense. I just don’t do it.

I can’t be the only person who has never had to wear a cast.